Zoogma, a band with Mississippi origins, is pushing out a new album in the middle of this month (August 17). The album entitled “Anthems 4 Androids” is sure deliver on the groups jamtronica goodness.

If you are ultra eager to get a taste you can hear the first song on the album entitled “War & Other Natural Disasters” at the bands website. Now, I’m normally a bit down on bands doing Kickstarters, but if you are so eager to listen to the album that you simply cannot wait the Kickstarter might be for you.

If you get in at the one dollar donation point here’s what you get: 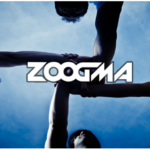 The second tier buy in starts at $15 and includes a signed poster as well.

Now I’m not sure what that exclusive Kickstarter content is exactly, but I know exclusive and content are two words I like. That said, it’s just one dollar and it appears as though you get to download the album for real! No Piratebay, no Internet Archive, this is full quality straight from the source goodness for less than the price of a cup of joe.

Sadly, all of this awesomeness depends on the Kickstarter being successful. Currently, Zoogma is a solid 45% of the way to its goal but only 6 days remain. So tell your friends, buy it for your grandma, and give it to homeless people. This thing needs to happen! I know you’re sold, so head over to the Kickstarter and put your money where your mouth is!

On a final note, if you would like to check them out in person they will be hitting Summerdance festival at Nelson Ledges Quarry Park in Ohio during the final weekend of August. Check out the calendar for details on that.